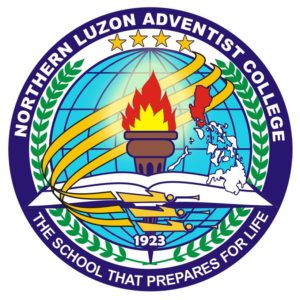 Be the first to review

The humble beginning of Northern Luzon Adventist College (NLAC) was established in 1923 which started as a Church School with 37 pupils distributed into five grades with only one teacher, then Prof. Tomas A. Pilar. The lone school building was made of cogon and bamboo with bare earth as its flooring. Today, that site of that school building is already the Artacho National High School (formerly a Barangay High School then).

In 1926 or so, the school moved to its present site and became known as Ilocos Junior Middle School offering Grades I-VII.

In 1931, the school started to offer secondary program and became known as Northern Luzon Academy (NLA). Mrs. Cora Lugenbeal, wife of an American, Elder Edward Lugenbeal, became the first principal who served until 1939.

The idea for a college program in NLA was an intitiative of its then principal and later its founding president, Pastor Petronilo J. Barayuga (from 1988-2000). In February 1990, the idea became a proposal of Northern Luzon Mission Executive Committee (NLM-Ex Com) with the plan for NLA to become a mission college. On April 11, 1992, the said proposal was endorsed to and approved by then North Philippine Union Mission (NPUM), now a Conference; and later a deliberation of that matter, as brought up by Pastor Barayuga, before the Far Eastern Division (FED) then in Singapore, on May 6 of the same year 1992. Though, the idea for a collegiate program already started in summer 1990 with the first college instructor, Pastor Nestor C. Rilloma. That was, when Bible subjects were offered to non-Adventist school graduates who were employed at NLM and NLA then to qualify themselves working in the Adventist denomination.

Northern Luzon Adventist College exists to nurture students
in a Christian way of life and to prepare them to become servant-leaders who will demonstrate
COMPETENCE,
COMMITMENT and
CONSECRATION
to the service of God and humanity.

Your request has been submitted successfully.

DAY OFF
Timezone: UTC+0 Switch to

Appointment confirmation email will be sent upon approval.

We have received your appointment and will send you a confirmation to your provided email upon approval.

Choose a Plan to Claim Your Business

There is no Plan available right now.

Claim request is processed after verification..